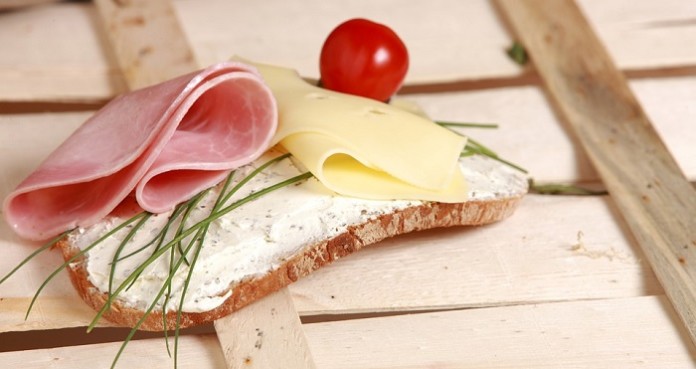 Ham is delicious meat that is mostly enjoyed on Easter day in several countries. Ham is one of the favourite foods that is enjoyed as various recipes on the Christmas day and other day in several parts of the world. Being one of the most eaten meats, ham is preserved and eaten by many families of the world.  Eating of hams on Christmas and Easter has been in tradition in several countries including some parts of Europe and North America.

For several countries where Christmas is the main and the only festival celebrated delightful Christmas ham adds up to the festive season. Long back in traditional history one can get a trace of eating ham on Christmas. It is because Christians take it as a tradition of eating and cooking meat on Christmas day meats like turkey, ham is enjoyed on Christmas, though people other than Christians also enjoy ham and its dishes.

Ham that is basically a leg of pork can be enjoyed fresh or in preserved form. Usually a ham is cured leg of pork that has been preserved with several processes like salting, smoking, or wet curing. The preserved ham can be either ready to eat or ready to cook. Sometimes certain recipes of ham are enjoyed and sometimes it is used as a filling for sandwiches etc.

After the storing of ham started, people started enjoying it to various dishes. Often dishes from ham are available on streets and it is also cooked in various homes and not to forget it is the main dish that is enjoyed on Christmas but after the day people often has a fear that how long it will taste same as it is today.

For these you can check ham chart. Depending upon several factors like sell by date, the preservation method and how it was stored. The shelf life of ham depends upon the way it is stored. If a fresh ham is being purchased than it will last for only 3 4 days but if stored properly it can last for weeks or even for months.

It is obvious as ham is a cured meat thus they survive more than other raw meat. If Ham is stored in refrigerator it can be used for cooking even after 5 6 days and if it is stored in freezer than it could remain to be fresh even after 3 – 4 months. Ham is basically preserved pork that is preserved with various techniques like salting, smoking, or wet curing etc. It is preserved by adding different flavors to raw pork to enhance its taste. As it preserved with advanced techniques thus it provides special benefit when consumed after storing it.

A ham lover can simply go to a market and can buy a fresh or packed Ham and can store it in refrigerator or a freeze and then as it is in preserved format it can simply be taken out and enjoyed. There are different types of ham that are enjoyed in different parts of world which include fresh hams, hams that need to be cooked before eating, already cooked ham, dried ham or the shelf stable ham. Hams are also available in two different varieties that can be directly enjoyed as it is or hams that can be directly cooked.

Even after being cooked, a ham can be eaten for 3 4 days if stored properly. Definitely ham is produced to be eaten after preserving but it will last for long only when it is preserved in proper conditions. It will remain to be fresh for long if it is stored in a ham bag at one of the coolest place of the freezer. So as to maximize the life of a preserved ham, it can also be stored in an air tight container with a plait coat or a foil wrap.

It is very important to know that a ham last long only if it properly stored in a refrigerator or a freezer if left at room temperature bacteria will start growing around it and it will discard in 1 day itself. You must make sure that if not stored properly than you only use ham after its proper checking. You can simply identify a bad ham by its appearance and smell. If a ham has a sour smell and a slimy texture than it is always better to discard the ham immediately.

Different techniques of storing a ham for long:

For ham lovers it best that with its preserving techniques they can enjoy ham 12 months in a year. These modern storage techniques make ham a dish that can be enjoyed even in seasons when it is not available. Often stored for long it is enjoyed by people at colder regions.