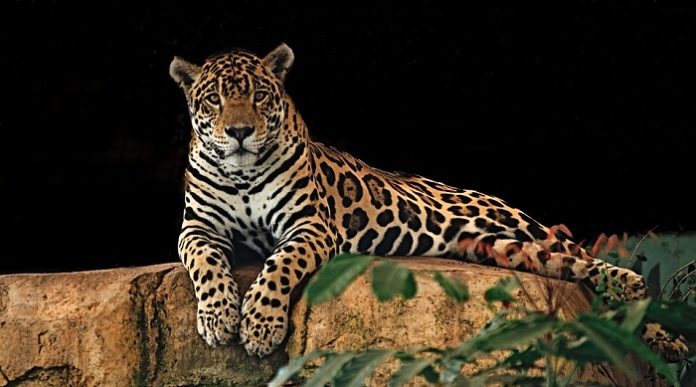 Jaguars are strong and independent animals that inhabit our planet. Their strength and danger can be seen by only looking up close at this magnificent animal. People and cultures that lived near jaguars created the symbolism behind the jaguar that remained valid until today.

Many cultures used this symbol as a symbol of authority and strength, and they showed how they felt and what they wanted to attract with this symbol.

Jaguars are still a very important symbol in many cultures and people use them to represent almost the same things and characteristics. People pay close attention to the symbolic meaning of the jaguar and give it an important place among animal symbols.

If you were ever interesting in the symbolic meaning of the jaguar, this is a chance to take a peek into the secret world of jaguar symbolism.

Spirit animals give us strength and lead us through difficult moments in life. They are our lights that give sense to our lives and make us feel much more powerful and stronger than we are. Spirit animals come into our lives when they want to and not when we call for them. To determine your spirit animal, you need to pay close attention to the animals that have followed you your whole life and who have been close to you your whole life.

Totems are animal spirits that we call upon when we want to attract strength and power into our lives. When we feel like things are getting out of control, we call upon these spirits of animals to help us and pass on some of their powers on us. These characteristics help us become much more powerful and stronger than ever before and able to fight against everything that stands on our way.

As a spirit animal, jaguar is best described with these words:

People guided by this spirit animal are extremely powerful and strong. This is a characteristic that comes out of them not only through their powerful character but also through their appearance. They invoke respect in other people and many fear them and feel like they are not on their level. There is no problem in the world they can’t handle and resolve, and this makes them great friends and stable partners.

You will always feel safe next to this person and like nothing is able to hurt you. Physical strength is also important in their lives, so they take great care of their appearance. Sport is important so they always practice some kind of sport and they are very athletic.

People guided by the jaguar spirit animal are also loyal. Once you capture their attention and win over their hearts, they will become your protectors and faithful friends. You are always there for the people you love no matter what, and no problem or fight can break up what you have with someone you love.

When jaguar is your spirit animal you are extremely courageous and ready to take on any challenge. Being so courageous can sometimes be a mistake, since you tend to get into a lot of trouble in order to protect yourself and others. You have the courage to fight against everything in life without worrying about what will happen next.

People guided by this spirit animal are beautiful people inside and outside. They take great care of their appearance and love to be in the center of attention. Others notice them as soon as they enter the room, which makes them always a topic to talk about.

As totems, jaguars send us power, strength and loyalty. When we are in difficult troubles, we call upon this animal totem to send us strength to endure whatever is coming our way. People rely on spiritual powers when they feel like the burdens of life are too hard to handle. Having a jaguar as your totem animal, you are a very strong and powerful person who knows what you want in life.

Having a jaguar totem as your protection is a very valuable thing, since you will never be tempted to break your promise or betray someone you love. People see you as a true friend and protector, someone on whom they can rely on at any moment.

Jaguar totem could also be a negative influence, especially if you let the rage and aggression take over. When some of your characteristics become too prominent, you might become too vain and involved in your own problems. Then, other people become not so important and worth the trouble, which is definitely not a thing to be praised about.

Jaguar symbolism was created by many cultures around the world. As soon as this beautiful animal was introduced to the rest of the world, it became an instant attraction. The magnificent outside appearance and strong attitude of this powerful animal mesmerized humans.

Jaguar symbolism is particularly strong in the Columbian-America and Mexico. Cultures that lived in this part of the planet worshipped jaguars and feared them at the same time. To the Mayans and Aztecs, jaguars were symbols of the divine. They were in the second place for their symbolic meaning, right after snakes. Jaguars even got huge temples built in their honor and one of the examples of these temples is the Chichen Itza temple in Mexico.

Mayans strongly believed that the jaguars ruled the Underworld. They were scared of jaguars but they worshipped them for their power and strength. Even the appearance of this animal would invoke something fearful in people and the power it had over our ancestors was mesmerizing. Many statues and engravings were made in the honor of this sacred animal, and many of them were found by archeologists.

Jaguar was the spiritual animal for the Mayorna people. They believed they were the jaguar people, so they would wear tattoos on their faces that resembled jaguar faces. When the priest of this tribe would reach the level of the jaguar, he would become the most influential and powerful person in the tribe. Jaguar is without a doubt one of the most important symbols in the Mexican jungle that kept his powerful symbolism until today.

The Romans and the Greeks both recognized the power of a jaguar. To them the jaguar was a symbol of courage and strength. The Roman God Bacchus was often represented with a jaguar and in Greek mythology, the jaguar represented the God Dionysus.

One of the myths from the Roman culture tells the story about the God Bacchus and how he was raised by jaguars. He was the god of mirth and wine, but also as a god of lust and all other hidden desires that were better left hidden than exposed. To some cultures today, jaguars are still symbols of desires that are hidden deep down inside our psyche and that we repress daily.

In popular culture, many football teams have jaguars as their mascots. With this mascot, teams express their power and strength. People often tattoo jaguars on their bodies in order to show their respect towards this powerful animal. As a tattoo the jaguar symbolizes everything we mentioned before, and that is power, strength, courage and loyalty.

There is no doubt that this animal will remain a strong symbol for the generations to come, and therefore we have to show him respect.

As a symbol in a dream, jaguar can be carrier of both good and bad news. Sometimes the presence of a jaguar in our dream can warn us about things that are about to happen and cause us damage in life. Our dreams can be hard to interpret, so we have to decipher every symbol individually in order to find out the true message behind a dream.

If you saw a jaguar in your dream, this means you are going to be attacked by someone you care about. You might get in some kind of conflict with this person, so be careful not to say anything you might be sorry about. This person is someone from your close surroundings who has been jealous of your success and power for a very long time.

If you saw a jaguar running, then you are going to achieve something big in life. This is something you have been working towards for a very long time and now it is finally going to be within your reach. When the jaguar was running away from you in a dream, you will be able to defeat your enemies and make them fail at their attempts to hurt you.

When the jaguar in your dream was close to you, this means you will encounter some problems along the way. These problems are going to be small problems and nothing major is going to happen to you, but you need to take care of them before they become worse. When jaguar was close to your face, the problems you are about to encounter are going to be really big and harmful. The sooner you take care of them, the better the end result will be.

If you had a dream about petting a jaguar this is a symbol of your personality. Pleasing other people is something you like doing and this can sometimes turn back to bite you. When you care too much about other people and not too much about yourself, this can be a problem for you. No one is going to look after you, if you don’t look after yourself. This dream can be considered as a warning, to take more care about your own needs and not to worry about needs of other people.

When a jaguar attacked you in your dream, then you might get in some kind of conflict. This conflict could be with the person you are close with, so you need to be moderate in your actions and words. You don’t want to do something you might regret later on. This dream signifies a bad communication overall. You won’t be able to connect with your work colleagues and this is going to make you feel more stressed than usual.

Jaguar was and still is an important symbol in the animal spiritual world. People worship this animal and envy its posture, appearance and strength.

If we would all learn from jaguar’s behavior and went through life without caring what other people think of us, we would be much happier and confident.

Jaguar symbolism was created by cultures that lived close to them, and therefore much of its symbolism represents a mixture of worship and fear.

Jaguar is still an important symbol in popular culture, but we express our worship towards this animal in a different way. Instead of building temples for them like Mayans did, we paint our bodies with their images and make them permanent parts of our lives.