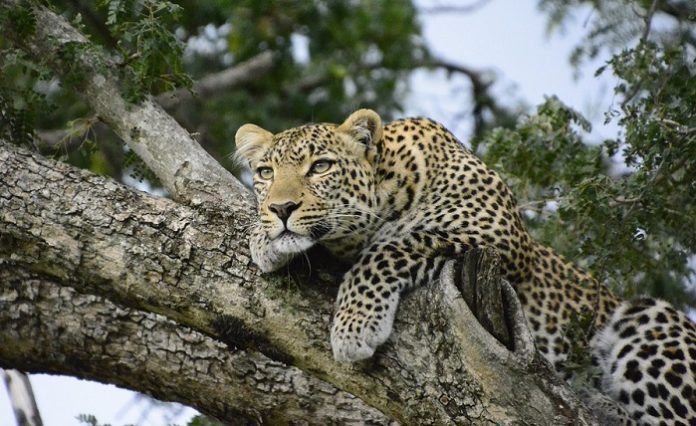 Leopards are gorgeous and powerful animals. Their strength is something we can notice by even looking at them and they are definitely one of animals we were afraid of. Our ancestors didn’t have a great relationship with leopards, since they are predator animals that are only driven by their desire to survive. Leopards only inhabit several areas on our planet and can’t be found in every part of our globe.

As a spirit animal and totem, leopard is an extremely powerful animal and it belongs to one of those animals who have that natural desire to kill and rule. Animal symbolism can open our eyes to new dimensions and worlds we haven’t thought about before. We all come from nature and nature is what nourishes us and keeps u alive. Without it we wouldn’t be able to survive.

In the past, when people were much more in touch with their inner emotions and feelings, nature played an important role in getting to know your true self. Animal symbolism was also something our ancestors paid attention to and considered to be important. Animal symbolism was developed by cultures and people who used to live near certain animals and who watched their behavior. Based on that, people formed amazing stories and beliefs that revolved around animals and their symbolism.

Spirit animal guides us through life and it helps us to become much more in touch with our inner emotions. We can determine our spirit animal by looking deep into our soul and our mind. Sometimes our spirit animals come to us in our dreams and send us important messages we need to apply to our lives.

You can also determine our spirit animal if you let yourself be guided by your intuition. Sometimes we feel an instant connection to an animal, and we don’t know why. The reason might be because this particular animal is our spirit animal and we can sense the connection with its soul.

As a spirit animal, leopard is best described with these words:

Leopard as a spirit animal is also a symbol of strength and perseverance. You are someone who knows how to survive even in the toughest situations and your strength is not only external but also internal. You have a very strong mindset and your power lies in the strength of your psyche. People always seek support in you and you love being there for the ones you love.

Leopard spirit animal is also a symbol of movement and stalking. Every person guided by this spirit animal is constantly moving and always working on something. It would be a death sentence to be in one spot for a long time, because you would feel trapped and hopeless. For you it is always for the best to keep on moving and keep on exploring your boundaries. When you waste too much time being in one place, this can cause you to become lazy and unmotivated.

Leopards also symbolize confidence and shyness. Even though it seems like these two characteristics can’t go together, they actually can. A person doesn’t have to be confident on the inside as much as it seems like that on the outside. Someone might be hiding their inner insecurities by acting tough and powerful, while the truth is this person is very shy and vulnerable. This is the case with people guided by the leopard spirit animal. They seem so confident and strong on the outside, but once you get closer to them, you will notice how vulnerable and gentle they truly are.

As a totem animal, leopard is a symbol of achieving your goals and living your life guided by those goals. You are a very determined person who knows how to make things happen in life. You are not easy to understand and people are often confused by your personality. At times you seem like a kind and well-mannered person, while other times you seem cold and distant. You have many layers to your personality, and a person must spend a lifetime to get to know you well.

You are also a very strong person and you don’t break easily under pressure. People have a hard time approaching you because they find you to be cold and distant, so you usually end up with only few good friends. People you keep next to you are definitely the ones who would give everything for you, since you don’t trust people easily.

As a negative characteristic, some might mention your desire to be right all the time. If someone is not acting the way you want them to act, you become agitated and you easily give up on a person. This is why it is hard for you to find that perfect partner who is going to stick with your through thick and thin. Some might call you a difficult person and this is true. You don’t like opening up to people and inviting them into your life, because you are, deep down, afraid of what they might do to hurt you.

Leopards have been important and valuable symbols across the globe. Even though they only inhabit some parts of our planet, once the rest of the world got introduced to them, everyone was mesmerized. The power and elegance this animal possesses is extraordinary and can only be described by meeting this animal in person. Looking a leopard in the eye or standing close to it, sums up its entire character.

In Africa, leopards had an important role in a symbolic way and were considered to be highly respected animals. Leopards were seen as hunters and animals that are vicious in their attempts to survive. On their path, they couldn’t see anyone else since they only killed to satisfy their hunger. Leopards are seen as cunning animals that often lure people into traps and make them their victims. People who were represented with a leopard symbol were seen as potentially dangerous people who can do a lot of harm, only if they want to.

In ancient Egypt, leopards were seen as symbols of power and great strength. They were often used as symbols in art and literature. People both worshipped them and feared them, because they knew the power this animal held inside. This was the type of animal you can’t tame or get close to, because its wild nature can never be tamed.

Today, leopards are still important symbols in art and literature. Whenever an artist wanted to express someone’s strength and power, leopards were an easy way to do so. Leopard’s power lies in its ability to be smarter and wicker than other animals. People often draw leopard tattoos to express some parts of their personalities that are similar to the ones of a leopard. This makes them feel more connected to nature and animals that live inside it.

Dreams about leopards can have both positive and negative meanings. This all depends on other symbols we dreamed about and the way we felt when we experienced this dream. As symbols in general, leopards are very powerful and can be considered as symbols of great importance. Every time you dream about a leopard, you need to stop and decipher the message behind this dream to find out the hidden meaning.

Seeing a leopard – IF you saw a leopard in your dream, this means you are about to encounter some problems in your life. These problems could occur on your workplace or in your personal life and you will need to handle them right away. Stalling their solution might be dangerous for your future, so make sure you plan everything out and act in time.

Petting a leopard – When you had a dream about having a leopard as your pet or if you were petting it, then you are about to make peace with someone you had a fight with. This person insulted you or you insulted this person hard, but a situation that is about to happen is going to bring you closer to this person once again. Even though it didn’t seem possible, you are going to be happy that the conflict with this person is resolved and that you can go on with your life normally.

Leopard running towards you – When leopard in your dream was running towards you, this means you are feeling extremely anxious about something. There are some difficulties in your life that need to be resolved but you don’t know how to do it. Perhaps you should ask for an advice from someone who knows you well and can tell you exactly how to act.

Dead leopard – IF leopard in your dream was dead, this means you are going to defeat your enemy. If you had any kind of fight or argument with your enemy or someone who doesn’t like you for some reason, this person will be disappointed to find out that you now have the upper hand. This dream also represents defeating your problems and overcoming any type of issue in your life.

Several leopards – If you had a dream about several leopards, then you need to be careful on your workplace. There are potential dangers luring out on your job, and these dangers might even be caused by your co-workers. Their intention is to diminish your work efforts and to present you as someone who doesn’t know what he is doing. Be extremely careful and don’t trust others, if they seem suspicious in any way to you.

As a spirit animal and totem, leopard is an extremely powerful animal and it belongs to one of those animals who have that natural desire to kill and rule. Animal symbolism can open our eyes to new dimensions and worlds we haven’t thought about before. We all come from nature and nature is what nourishes us and keeps u alive. Without it we wouldn’t be able to survive.

Even though these mesmerizing animals only inhabit several parts of our planet, this doesn’t make them any less valuable. Leopards are strong symbols that who us how to persevere through hardship and come up on top as winners. Leopards symbolize confidence, strength, movement and progress in every way. Every person guided by this animal has a very strong chance to succeed in life and make something truly extraordinary. Leopards mesmerize people with their beauty both from outside and inside and their ability to capture our attention is why we have so much respect for them.

These animals were the ones we feared from in the past, but now their symbolic value has given us something more that we can hang on to. The symbolic value of a leopard is something that can’t be denied and people still rely on it even today. We might not live in the time when nature and animals are the key focus of everybody’s life, but for animals like leopards that have so much to offer in every sense of the word and are animals that need to be respected.