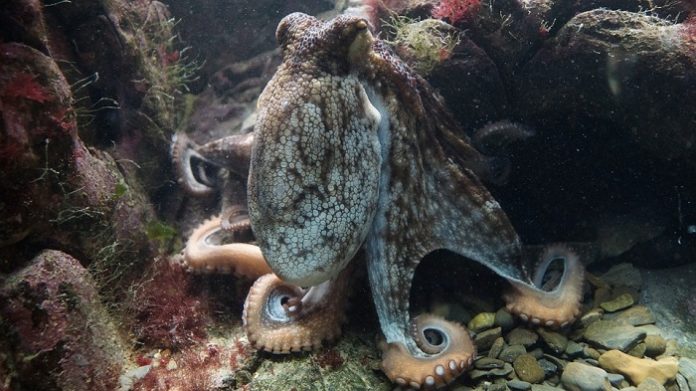 Octopus is a mollusk that lives in oceans across the globe. Octopuses belong to the order of Octopoda and there are over 300 species all around the world. This peculiar animal got its name because of its eight tentacles which he uses as hands and arms.

Because of its interesting appearance, many artists and people in general were mesmerized with it. Octopuses are an important symbol in art and literature, but this doesn’t mean their symbolism weakened over the years.

They are symbols of both positive and negative things and emotions. As spirit animals and totems they have been used to represent various characteristics of humans and they were often used as symbols of protection for everyone who was at sea.

There are many stories about sea monsters that lured humans into danger. If you were ever interested in the symbolism of octopus, this is a perfect opportunity to do that.

Spirit animals and totems help us learn more about ourselves and our character. Ancient cultures depended on protective forces of animals and nature that surrounded them.

Even though today we don’t respect animals and nature that created us as we did before, it is still interesting to see how an animal can be connected to our character and personality. We are all in basis the same and all we strive for is survival.

As a spirit animal, octopus is best described with these words:

People guided by the octopus spirit animal are masters of transformation and adaptation. You are someone who known that changes are something we must get used to no matter how hard it seems. Changes make or break us and we need to use our strengths to overcome all the difficulties in life. Octopus spirit animal teaches you how to be a master of adaptation and how to blend in to any social group or to any surroundings.

Another great thing about octopuses is their flexibility. Octopuses can adapt to any situation without a problem, but they can also be flexible when it comes to human relationships. Making this person angry is something you will have to work hard to achieve, because they simply don’t care about the problems of this world or unimportant things. They rarely get into conflicts with other people, because they simply don’t want to waste time on that.

Octopus spirit animal symbolizes creativity and intelligence. People guided by this spirit animal are very intelligent and can work at almost any job position or in any career. They are also street smart, so even though they are not educated enough or they don’t have the degree for something, this doesn’t represent an obstacle for them. Being creative helps them to excel in almost any career, because they always bring something unique to everything they do.

Octopus spirit animal is also a symbol of knowing and diversity. You are a person who is always changing and learning more about life and yourself. Learning is never limited in your life and you always try to improve yourself and to do even better.

As a totem animal octopus is a symbol of emotions, psychic, logic, potential, creativity and flexibility. If anytime you need a boost of any of these traits, try calling upon your totem animal in order to receive the support you need. If you are born under the octopus totem then you are someone who knows how to express your emotions and be in touch with them. To your partner you are more than kind and loving and your friends and family members can always count on you.

Octopus totem is also a symbol of intelligence and logic. You are always ready to give advice to those who need it and people count on you in their most difficult moments. Octopuses are also a symbol of great potential. You have everything it takes to succeed and make something great out of your life. Having such a positive set of characteristics is more than helpful in every way and you definitely know how to use them.

As negative characteristics, you tend to be a little bit emotionally dependent on others and overly attached to them. This is something you can’t help because you simply love to the bone.

Another problem is your intuition, even though it sounds like something to be proud of, your intuition causes problem to other people. Somehow you always know what is going to happen and this is something that makes others crazy. But, this can’t be really counted as a negative characteristic, since what others think shouldn’t be your problem.

Octopuses have been an important symbol in literature and art. They are still very popular symbols even today, and they are mostly symbols of flexibility, intelligence and creativity. Many ancient cultures feared and worshipped octopuses. In Greek mythology, octopus was seen as a symbol of respect. Most of their early paintings and drawings had the symbol of octopus on them.

Civilizations that used to live in Norway and Greenland have an interesting myth about octopuses. Monsters that were called Krakens are an important part of Nordic mythology. According to myths, krakens used to live near shores in Northern parts of the Earth.

In Hawaii, octopuses were the only survivors of great destruction that happened before the creation of cosmos. According to old myths, octopuses are symbols of alien cosmos that no longer exists. Octopus monster called Akkorokamui is a giant octopus that comes from the Ainu folklore and myths.

Today, even though we are no longer afraid of octopuses, their symbolism is still highly influenced by our ancestors and their view of this animal. Giant octopuses that are usually found in deep parts of the ocean still chase fear into our bones, but we look at them from a whole different perspective.

Octopuses are often used as symbols of creativity and diversity, and many companies, sports teams have octopuses as their logos or symbols.

Seeing an octopus – if you saw an octopus in your dream, this means you are about to reach success in life. All of the positive energy is joining together to make all of your dreams come true.

Eating an octopus – If you were eating an octopus in your dream, this means you are about to make one of your biggest dreams come true. This dream is also a positive sign for everyone searching for love.

Octopus in water – If octopus in your dream was swimming in water, then you are going to go through some changes in your life. Be prepared to adapt to them and tackle them bravely.

Octopuses are symbols of flexibility, creativity, diversity and emotions. They are also powerful symbols in art and literature and can be found in many art pieces and written works of art. This peculiar animal captured our attention because of their appearance at first but the essence of its behavior and character is what kept us interested in it.

Even though their symbolism was much stronger in the past, they are still important symbols today. Octopus spirit animals and totems are reminders about our positive characteristics and traits we have. If you ever wanted to learn more about octopuses and their symbolic power, this was a chance to do so.