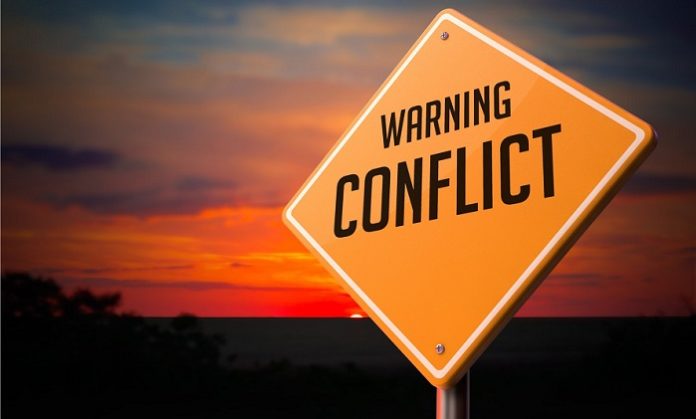 Psychoanalysis includes many psychological and psychotherapeutic theories and techniques that are created by Sigmund Freud, a famous Austrian physician.

You have probably heard for a Freud’s structural model of the psyche. There are three most important parts of our psychic apparatus. These are id, ego and also super-ego. Now we will say a few words about ego, which is not so easy to define.

Ego is not a specific thing because it is made up of different beliefs, such as a belief about our abilities and our talents, but also about our personality. Ego plays a very important role in creating our lives. We can also say that the ego is our false self-image that is based on our judgments, images and masks.

Our ego is dealing with reality and it is trying to meet all desires of our id, but in a way that will be acceptable to a society. Many experts consider that ego has a negative impact on our business and career.

When our ego has been developed, it can change during the life, especially under certain conditions, such as illness, some threat or some other changes in our lives. The ego is essential for our mental health. Ego syntonic and ego dystonic are mental disorders that include our ego.

What Is the Difference Between Ego Syntonic and Ego Dystonic?

As we have already mentioned, ego syntonic and ego dystonic are the terms used in psychoanalysis and they refer to opposite mental disorders. Now you will see what is the difference between them.

Ego syntonic is a term that was introduced by Freud in 1914. This term refers to values, ideas or behaviors of a person that are acceptable to this person. These are some ideas that come to us naturally. Ego syntonic actually refers to something that is normal and acceptable for us.

In this case our ego is comfortable with our behaviors and conclusions, so it is not important how other people see our behavior. People with ego syntonic disorder may also experience hallucinations and they think the voices they hear are real. These persons do not recognize their symptoms as threatening or problematic.

On the other hand, ego dystonic is a term in psychoanalysis that refers to behaviors and thoughts of a person that are not acceptable to this person. This term includes all behaviors and impulses that are different from our ideas and beliefs.

People with ego dystonic disorder usually think that some external forces have been involved on their personal life. These people are aware that they have a problem and they want to get rid of this disorder. The symptoms of ego dystonic behavior are usually experienced as very painful in emotional sense.

Now we will give you some examples of these mental disorders, so you will understand better the difference between them.

One of the most common examples of ego syntonic behavior is anorexia nervosa. You probably know that anorexia is an eating disorder where patients consider their eating habits completely normal. All of us have heard for anorexia as a very frequent disorder of teenage girls. Girls and women who suffer from anorexia are obsessed with their weight and they are afraid of weight gain.

These patients usually become very skinny and they lose too much of their body weight. People with this kind of disorder can’t accept that their eating behavior is wrong. They are not aware of the fact that their body weight is too low, so it could lead to many health problems and also to death.

A person who is stealing considers that this behavior is completely normal. For a thief, stealing is something that comes naturally. This person will not feel guilty after stealing. As we all know, most people would consider stealing as ego dystonic behavior. If you steal something, you will probably feel guilty, but people with this type of disorder don’t feel guilty at all.

Another ego syntonic behavior is the behavior of serial philanderer. Most people would describe this behavior as wrong, but a person with this disorder considers this behavior normal.

They repeat some behaviors that may cause a lot of emotional and also mental stress. These behaviors are repetitive washing of the hands, or repetitive cleaning. Also, this type of disorder refers to someone’s need to check several times if the doors are locked.

But, this type of disorder is different from anorexia. In the case of anorexia, a person is not aware that he/she is doing something wrong. On the other hand, patients who suffer from obsessive compulsive disorder are aware that their behavior is not normal.

How to Treat Ego Syntonic and Ego Dystonic Disorders?

It is very difficult to treat ego syntonic type of mental disorder. The best way to do that is to make this behavior ego dystonic. The patients will make changes of their behaviors only in this case.

It is much easier to treat obsessive compulsive disorders because a person is able to recognize the problem. Patients who are suffering from this kind of disorder will be active in the process of the treatment. They try to stop with their obsessive compulsive thoughts and behaviors, but sometimes it is not possible.

As you have seen in this article, ego is one of the three parts of Freud’s model of our psyche. Ego is usually defined as a false sense of ourselves that is controlling our actions and behaviors.

Ego syntonic and ego dystonic are opposite terms that are commonly used in psychoanalysis. As we have already said, ego syntonic refers to an experience that is in harmony with your self image. It is a behavior or idea that we consider absolutely normal. We don’t feel guilty when we do something that may be wrong for other people.

On the other side, we have a term ego dystonic. It means that we do something that is not good for us and we are aware of that. We find our behavior uncomfortable and unacceptable, but we are still doing that. As we have already mentioned, this behavior refers to repetitive hand washing, cleaning, etc.

Of course, it would be much easier to treat ego dystonic disorder, because a patient is aware that his behavior is wrong. But, when it comes to ego syntonic behavior, it is very difficult to treat this kind of disorder because patients think that their ideas and behaviors are absolutely normal and acceptable.