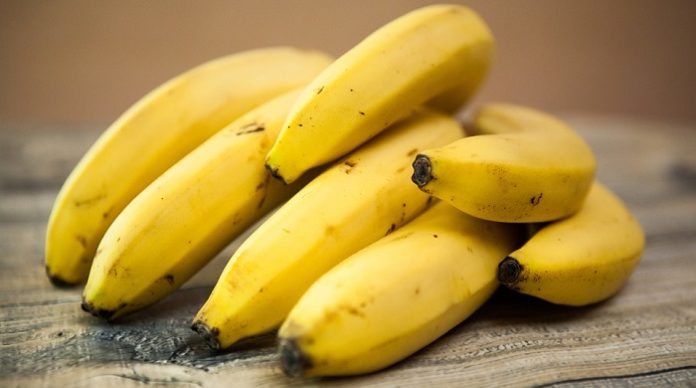 Diabetes is a very common disease that is quite distressful to the patients. The major problem of diabetics is that they have to control their diet by eating only some specific foods. Many of the foods, which mainly contain sugar, are harmful for all diabetics. Thus, if you are experiencing diabetes, then you should not ignore the significance of consuming only the right foods.

However, often it is difficult to determine what you have to accept and what not. Though you may plan to keep away from something that has sugar, there are still some sweet fruits, which you can eat moderately. One of the fruits, regarding which, there are many doubts among diabetics, is banana.

Banana – Try to eat it moderately

Banana has no cholesterol and sodium but contains carbohydrate. Of course, banana is sweet in taste, and that is why many people are confused on whether it is right to eat it. Some experts say that you may choose to add banana to your diet. But, you have to recognize that this fruit contains carbohydrates.

It is essential to watch the daily intake of carbohydrate, especially, when you are suffering from diabetes because insulin is used by your body for breaking down carbohydrates and transforming them to glucose. In turn, it offers you energy. People, who have diabetes, often face trouble due to insulin; they have extreme glucose level in their blood. When you are taking carbohydrates in spite of the presence of diabetes, the glucose level will gradually get increased.

However, it is not possible to depend only on those diets, which have no carbohydrate. So, consider just the amount of carbohydrates to be taken. And, don’t completely remove bananas from the diet chart; however, restrict the quantity you consume.

It is very difficult to find out the amount of carbohydrate, present in banana as the content differs, in accordance with the size of the fruit. In any banana, large or small, the fiber content is almost 2 to 4 grams.

Obviously, if the banana is larger, then the fiber, vitamin C and potassium contents are higher. At the same time, the carbohydrate level is also higher. In an average sized banana, if the carbohydrate amount is 30 grams, the sugar level is 19 gram, while the starch is about 11 grams.

A banana that has become completely ripe has glycemic index value- 51, and it is considered to be a food, which possesses very low level of glycemic index, because the cutoff level is, in fact, 55. Besides, the ripeness extent of any banana is about glycemic index.

On the other hand, the banana, which is not much ripe and includes visible green part on its skin, has lowest glycemic index- 42, whereas an excessively ripe banana that has clear brown spots on the skin may have glycemic index number 48. Generally, if the range of this glycemic index varies between 42 and 51, it isn’t huge. However, it can clarify the reason for which you find some difference in your blood sugar level after eating ripe and green banana.

It is noticed that the plantains or green bananas contain quite lower amount of carbohydrate and sugar in contrast the yellow ones. Usually, plantains are consumed in fried or cooked form.

Other foods, which contain very low level of glycemic index, comprise non-starchy veggies, beans and nuts. Fish, meat, eggs and cheese are some of the foods, which may also include extreme little amount of carbohydrate. Moreover, the fruits, in which, this index is lower, are raw or green apples, grapefruit and cherries, while those with higher index, comprise watermelon and dried dates.

Can banana chips be eaten by diabetics?

Many people plan to eat banana chips or dried banana, and these are either sole individually or as a blend with chocolate and nuts. Always be certain that you have interpreted the level, while you like to consume banana chips. Such kind of dried fruits have lots of extra sugar along with saturated fat. Only half cup of these banana chips has 20 gm of carbohydrate (and also some sugar). You may search for those banana chips that have no additional sugar. You may combine with them some nuts to enjoy it as a nutritious snack.

There are few more preventive measures that you have to remember while eating bananas. Keep away from having bananas, which are included in the desserts, such as, sundaes. Besides, it is also essential to avoid those foods, which are made of sweet syrups. Such desserts have excessive carbohydrates, fats and calories. You may take pleasure in frozen, fresh, dried and canned bananas. These varieties of bananas help to expand the diet plan and make you feel quite less restricted.

Some more fruits for diabetics

Some other fruits that you may choose as a patient of diabetes are the different types of berries. You do not need to be concerned about the amount to be consumed. Berries are best for all diabetics as they’re full of vitamins, fiber and antioxidants. Blueberries, (three fourth part of one cup) consist of almost sixty two calories.

However, they have very low level of glycemic index. Tart Cherries are also good for diabetics, and they do not have very high glycemic index. One cup of these cherries contains almost seventy calories. As they have much amount of antioxidants, these fruits assist to combat inflammation of your body and avoid heart disease or cancer.

It can be concluded that bananas may be incorporated in the diet chart for diabetes, only by considering all the facts about banana. Frozen bananas may be consumed as a constituent of smoothie or as popcicle. Consuming a stable level of carbohydrates all over a day for maintaining blood sugar is very significant.

However, the overall carbohydrate amount must be perfect for diabetics. Diabetics may also take some fat and protein with every meal in order to maintain blood glucose amount. Besides, as a diabetes patient, you must avoid having syrup and honey.