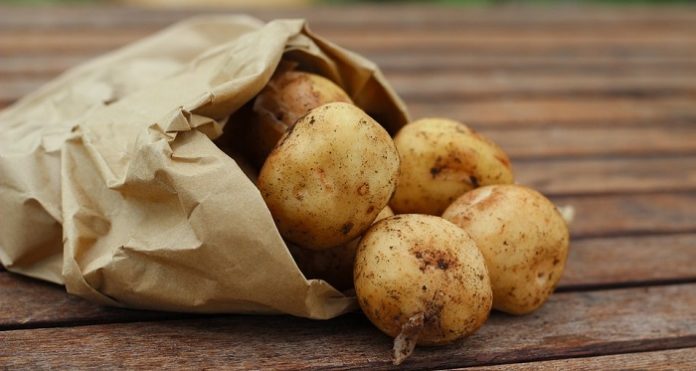 People with diabetes usually eliminate or limit many of their favorite foods. It is known that foods with high carbohydrate content, such as desserts, bread, pasta or soft drinks, can spike your blood sugar levels within a short period of time. Because of that, diabetics should avoid eating foods that are loaded with carbohydrates. It is known that people with diabetes should not consume more than 15 grams of carbohydrates at a snack and not more than 15 to 40 grams at a meal, but the needs of each of us are different. These are only estimates and something that you should have in mind.

In this article we will deal with potatoes. Potatoes are considered the fourth largest food crop in the world, following wheat, rice and maize. Knowing that potatoes are a starchy vegetable, you may be wondering if diabetics can eat them.

Have you ever noticed that potatoes spike your blood glucose? Read along and you will learn more about the impact that potatoes have on the health of diabetics.

Potato is a starchy tuberous vegetable that belongs to the perennial nightshade family. The word potato refers to the potato plant, but also to its edible tuber. There are about 5000 varieties of potato on the planet. Potato is rich in vitamins and minerals, but this vegetable is best known for its high carbohydrate content.

Actually, potatoes contain complex carbohydrates that are a great source of energy. Potato is fat free and cholesterol free, so it can reduce the risk of many heart diseases.

Also, potato is rich in potassium and dietary fiber. But, consumed in large amounts, potato can lead to weight gain and some health problems. Below you will see if diabetics can eat potatoes.

Are Potatoes Safe for Diabetics?

Potatoes are generally safe for diabetics, but many experts consider that it is better for diabetics to avoid eating potatoes. Due to their high carbohydrate content, potatoes are considered as a food with high glycemic index, so they are usually excluded from the diet of diabetics. High glycemic index of potatoes means that carbohydrates are easily converted to glucose in the body. But, the glycemic index of potatoes depends mostly on the type of this vegetable and on how it is prepared. If you choose to cook potatoes without added fats, it may be good for your body and for your overall health. For people with diabetes, it is important to avoid adding excess ingredients to potatoes. Diabetics should also avoid eating potatoes bathed in margarine, butter, cream or cheeses.

Also, they should not eat large quantities of this vegetable. If diabetics consume potatoes, it is recommended to take a ½ cup serving or a ½ of a large potato. As you can see, potatoes can fit into a diabetes diet easily, but you should limit the amount. It is recommended to combine mashed potatoes with other steamed vegetables, such as cauliflower. This way you will get the energy you need, your blood sugar levels will be under control and you will avoid becoming overweight. But, it is always best to consult your health provider who will determine your individual carbohydrate requierements.

As you have seen in this article, potatoes are a starchy vegetable with a high glycemic index. Diabetics can consume potatoes occasionally and in small amounts. Also, they should avoid fried potatoes combined with a lot of other fatty ingredients. It is best to consume boiled or baked potato in combination with some other healthy vegetable.

As we have already said, it is very important to eat potatoes moderately. High amounts of potatoes can increase blood sugar levels rapidly, which can lead to many health problems.

But, like with all other foods, people with diabetes should see first how they react to potatoes. Also, it is important for diabetics to test their blood sugar levels several times a day. It is known that the blood glucose should be less than 140 mg/dl two hours after eating. If the level is higher, you should consult your doctor or dietitian. It may be necessary to improve your meal planning and to include some other foods into your diet.