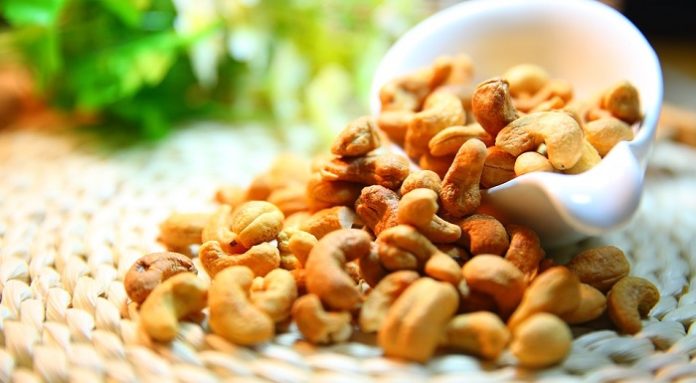 There are numerous good reasons for including nuts in humans’ regular diet. Nuts are full of essential nutrients, important for our health in general, including both mental and physical health.

However, many would suggest to be very cautious about nuts intake, because they are very high in fat content and also have a lot of calories. Nuts are often considered high-calorie food that should be avoided, though this habit is totally unjustified. They are to be consumed in moderate amount and small daily portions, but to cut them completely would be a real catastrophe for our body.

Nuts, such as walnuts, hazelnuts, almonds and other similar fruit are rich in first-class healthy nutrients which make an amazing natural mixture beneficial to humans’ health in general. Nuts play an important role in protection of our cardiovascular system, reduce of cholesterol level, they boost our memory and concentration, do miracles for hair and nails and can even increase libido.

However, most of people are still pretty unsure whether they are good for pregnant women and children or not.

Eat or not to eat?

When it comes to pregnancy diet plans, opinions on nuts are quite divided. There are several recent studies that claim different answers on consuming nuts during pregnancy and their effect on newborn children. The main subject of the debate is how nuts consumption during pregnancy can affect potential for developing food allergies in children.

One of the latest researches on this matter concluded that children whose mothers have been eating nuts such as hazelnuts, walnuts, peanuts and almonds during pregnancy, have less chance to develop any type of food allergy. The study was conducted by a team of American scientists and it followed eating habits of more than eight thousand children and their mothers. Those researches believe that the early exposure to this food in the womb can produce natural tolerance allergens. Therefore, research evidence suggests that women, by incorporating nuts in their pregnancy diet plan may affect the newborns’ resistance to allergies in a good way.

Those researches are giving a green light for nuts during pregnancy. The researchers are of opinion that if the body had already experienced some food, there is no reason that the same ingredient later causes problems. This can be applied on almonds, hazelnuts, peanuts, almonds and all other potentional food allergens.

This evidence was also confirmed by a team of scientist from Copenhagen. The study found that pregnant women who included nuts in their diet during pregnancy, particularly peanuts, actually reduced risk of their babies become ill from childhood asthma.

Some other researches, however, advise that this type of food should be avoided during the blessed condition. Other studies have shown that eating nuts during pregnancy could trigger some health problems, so they recommend pregnant women to reduce nuts intake or to avoid them. They also advise not to eat nuts during pregnancy if there is a history of food allergies in the family, even if mother has no reaction to nuts.

All the experts dealing with pregnancy and nuts consumption matter would agree that is extremely difficult to give a straight advice on how to behave in this case. The only certain advice could be given to women whose analyses confirmed they are allergic to nut food. Those women should avoid eating nuts during pregnancy, both for their own and baby’s health benefit.

This question has long been debated but there is no strong evidence for any concrete advice. While some researchers claim consuming nuts during pregnancy could lower the risk from developing food allergies in babies, others claim it could actually raise it. Prevailing opinion is somewhere in between. Pregnant women can eat nuts, but only if they are not allergic to them. The best advice is to follow the golden rule that a little bit of everything is generally good.

However, some experts say that the mother’s resistance to food allergies has nothing to do with her baby’s, because it can be hidden in the genetic code.

So, eating nuts during pregnancy is a bit tricky question. Every mother should consider her own health condition and decide whether to have them or not. In any case, sticking to small amounts is good.