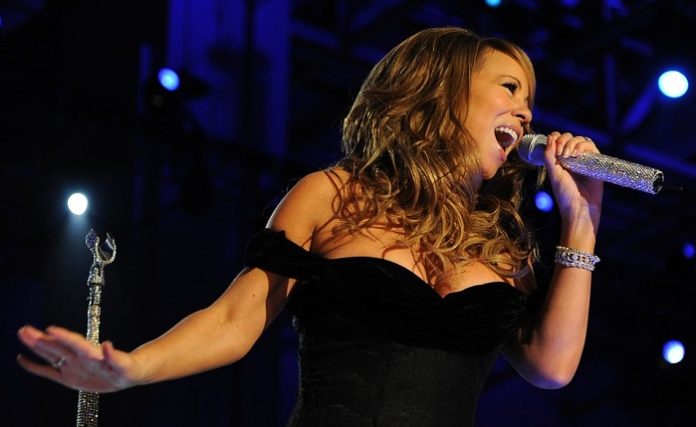 In our dreams, other people are always of special importance. The people we meet in the dream or with whom we experience something together can say a lot about us and our personality.

Often these are your own partner, friends, colleagues or family members. But sometimes, in a dream, we also meet people whom in reality we only know from the tabloid because they are famous. These can be, for example, actors, musicians, artists or athletes.

Perhaps such a dream of celebrities in us will cause excitement and nervousness because we admire the person in real life. Or a sleeper even dreams of exciting relationship with a movie star. Possibly, the meeting with the celebrities feels but also quite natural and you realize only after awakening, whom you actually met in the dream.

But how exactly do you interpret celebrities as a dream symbol? What does it mean to meet Angela Merkel, George Clooney or Brad Pitt? If Marilyn Monroe, Elvis Presley, or the Beatles resurrects, many question marks may remain after waking up … Find out more in the following article about your celebrity dream:

The meeting of celebrities in the dream can basically always be an expression of your own interest. Prominent musicians thus show, for example, that those affected spend a great deal of their time in this kind of art. Maybe he also plays an instrument himself and wishes to be more recognized and successful. The same is true of writers and their talent for writing.

Joanne K. Rowling, the famous inventor of Harry Potter, can appear in a dream as well as David Bowie or Paul McCartney. Whether the celebrities are still alive or have died decades ago plays no role in the dream world: a dreaming can remember early points of contact with such artists and retrieve their songs from memory in their sleep. It may be that a song or text passage that appears in a dream has a very special, personal meaning for a dreaming – think about it.

Prominent actors underline the admiration of the dreaming for their performance. So he would like to be able to slip into different roles as easily or just like to look behind the scenes on a film set.

The character of the actor, his talent and his entire appearance has to be taken into consideration: If one dreamed of an extroverted actor, like Charlie Chaplin, Jim Carrey or Jerry Lewis, then this dream shows its own creative vein. The dreamer is adaptable and easy to handle. The situation is different for retiring actors, who are known for thoughtful, intellectual roles: Jack Nicholson, Cary Grant or the beautiful Grace Kelly can then appear in their sleep. Audrey Hepburn or Meryl Streep are also some of the more introverted character actors.

The meeting of a world-famous athlete also shows that certain sports and disciplines arouse great enthusiasm. Physical activity, as well as the pursuit of some professionals and clubs are an important hobby of the dreaming. The high value of each area is expressed by the dream of the symbol “celebrities”.

Meeting a politician in a dream can mean admiring the authority and power of this person. It is important here to take a closer look at the specific office held by this politician after the dream. Was it the President you shook hands with? The latter symbolizes moral values ​​that the dreaming is good for, an old chancellor or the current Chancellor, however, stands for willpower and resilience. The dream of such persons from the political leadership of the country shows what qualities the dreaming wants for himself.

Of course, not only the politicians of their own country appear in the dream. Even well-known, prominent statesmen and women from abroad can turn up in their sleep, for example Bill Clinton or Barack Obama, Putin or Queen Elizabeth. Likewise, Donald Trump may appear or the murdered John F. Kennedy may come to life. Again, there is always the question of the characteristics of these celebrities. This can refer to the dreaming on itself.

In addition, a dream of celebrities from any area can always include a warning. It is intended to protect those affected from being too easily blinded by others. If he is suddenly a celebrity himself in the dream, this sometimes also shows a strong fixation on material values. One threatens to lose touch with reality. In the end, even friendships could suffer from this.

According to the psychological view, celebrities always symbolize the creative abilities of the person concerned. In particular, artists and musicians should encourage him to give these personality parts in everyday life more space. The dreaming may use and use his strengths.

In addition, in the psychological dream interpretation but also the aspect that celebrities perform in public and always represent a specific role, a position. Against this background, it can be seen how the dreaming wants to affect others. What the celebrities are known for in the dream shows what image one wants to draw from his fellow human beings. However, it is important that the victim does not hide his true personality too much. In spite of everything, in the end he should still be himself.

According to this interpretation, celebrities in the dream show that they are too busy with the outside world. This leads to a slowed and inhibited spiritual development.

That we often dream of celebrities is basically not surprising. In the multimedia world in which we live, we are almost constantly supplied with images of many celebrities, whether politicians, ministers, artists, actors or people who have discovered their lack of useful skills as a lucrative source of income. Since the experiences of the previous day affect our dreams, the famous people of the world often leave the flickering box at night and take their place in the human head cinema.

However, dreams of celebrities are not just a result of digital overstimulation and virtual omnipresence. Celebrities are people who lead a life in public. But they do not just do that as a genuine person, but also as a role they play.

As a result, the public image of the former football official will change significantly, as he then also symbolizes what the Office of the Federal President stands for.

When we dream of celebrities, we usually do not dream directly of the person as the person himself. The celebrity in the dream also always symbolizes what the dreaming associates with it, such as success, power, ambition, creativity, Talent or something that everyone has to express for themselves.

Celebrities, celebrities and other public figures symbolize in our dreams either certain characteristics or themes that move us. The dream does not mean that one feels admiration for him, but rather that one is in a position that only such an experienced diplomat can reassure. At the same time, the dream probably expresses the desire to have the skills that a worthy Foreign Minister must have.

To interpret dreams of celebrities, you have to connect the person with their position. Depending on whether the dreamed celebrity is a politician, a creative artist or an actor, the dream provides insights into different parts of one’s personality.

Minister, Federal Chancellor and other politicians in the dream

Politicians are people who take responsibility for a region, a country, a continent or even more. It is hardly possible to think of politicians not immediately to power, because ultimately decide in particular top politicians.

If someone appears in the dream of the Federal President, this reflects the personality of the dreaming, who stands for the corresponding tasks and characteristics of a Federal President. This can mean that one has particularly humanitarian values ​​that one wants to convey to one’s fellow human beings. Alternatively, a presidential dream can be interpreted in such a way that one strives for supreme power, but does not lose its inner peace or humanity.

In contrast to the Federal President, the Chancellor is active in political day-to-day business and is regarded as the most powerful person in the state, although this de facto applies to the Federal President. Chancellor is a very stressful profession, which requires a lot of mental strength, assertiveness and leadership qualities. Sometimes it is simply ruthlessness necessary to be able to obtain and retain the office.

Dreams in which artists, singers or other celebrities happen are a bit more complex than dreams of politicians. Regardless of whether you are dreaming of Justin Bieber, Lady Gaga, Justin Timberlake or the Rolling Stones, all artists’ dreams have the common ground that they reflect the creative personality of the dreaming.

What concrete meaning an artist has in each dream can only be found out individually by the dreamer. Artist dreams are more personal than, for example, dreams of politicians. While politicians can be assigned to a relatively concrete personality area, every artist has a very specific meaning for each person. Someone who places himself on the front row of Rihanna’s every concert associates something different to someone who gets a headache from their music.

Art of every kind is emotional and is felt differently by each person. Some feel so lucky when they sit down at home listening to Johnny Cash’s mostly melancholy music. Others find this completely opposite and become melancholy themselves, until they get into a depression.

The same applies to writers. If anyone dreams of George Orwell, the meaning depends on whether he considers him genius or a talentless and overrated word-autistic. With writers’ dreams, it is also important to remember which type of books they have written or written. A very political writer like Karl Marx probably symbolizes a kind of political creativity rather than dreaming that Mario Barth is working on a new book.