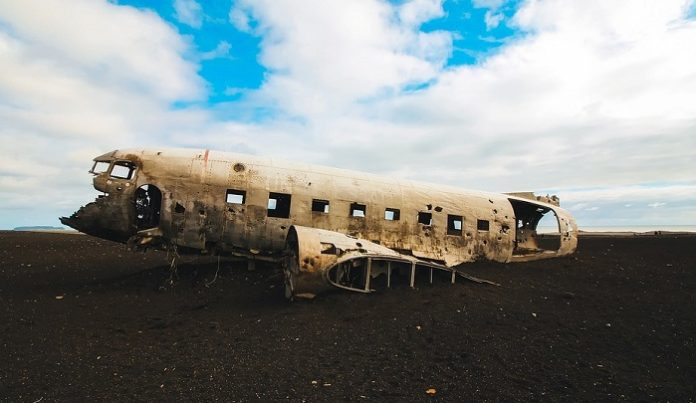 With the invention of the aircraft, the human dream of flying has come true. Even though air travel is becoming more and more commonplace, most people are fascinated by planes again and again. Even in dreams, airplanes often appear as dream symbols, which can have many meanings.

There is no (everyday) means of transport, with which man can travel so far distances as fast as with the airplane. In the morning in Berlin we can climb into one of these big machines and leave them only a few hours later on the other side of the Atlantic. On the other hand, the plane is also the means of transport which demands the most deaths per misfortune.

For this reason, the dream symbol airplane is interpreted in an ambivalent way. It stands, so to speak, for the cycle of life, for birth as well as for death. Fear is symbolized in dreams as well by the plane as joy, development and change.

In order to find out the exact meaning of the aircraft in the dream, one must consider many aspects in the dream interpretation.

Airplane in the dream point

Since air travel is a rare experience for most people, it is not surprising to see an airplane dreaming just before or after a flight. Even dealing with such a trip can cause aircraft dreams. Another mundane cause of a dreamed plane may be a recent movie in which an airplane has played an important role or an event that has been reported in the media.

With no other means of transport, it is possible for us to cover very long distances as quickly as by plane. It allows us to leave a place behind us and be in a world of change in just a few hours. We can spend a holiday by the sea, in the warm or in culturally foreign cities, personally take business appointments or visit friends and family, without having to travel for weeks or even months.

There are various types of aircraft, from gliders, to sports planes, fighters, jet fighters, airliners, jet planes, jumbo jets, Boeing 747s, 787 Dreamliners and the Megaliner A380. A seaplane is specially designed to take off and land on the wet element. Also, there are supposed to be flying objects that are not of this world; Some people have wanted to watch UFOs and airplanes of aliens and aliens in the sky. There are many conspiracy theories on this.

Also in the dream interpretation the symbol “airplane” is not unimportant. Although airplanes are relatively rarely dreamed in comparison to other symbols, they can still say a lot about the dreaming and their real life. The “bird”, as one likes to call a plane colloquially, resembles as a dream symbol in some aspects of the flying, but beyond that has a few more meanings.

Basically, the airplane is in the dream for the desire to escape from everyday life or a stressful situation in everyday life and realize important goals in his life. It therefore indirectly announces a big change in the real life of the dreaming. This will most likely not be long in coming, because subconsciously the fastest possible mode of transport was chosen by plane: with a ship, car or train, the journey symbolizing the change would take much longer.

If the victim is in a dream in a plane, the altitude is critical for the general interpretation of the dream symbol: Who flies low, has difficulty completing his life. However, if the machine is very high in the air, it is possible for the dreaming to observe his situation in real life at a distance and to be able to cope with (self-imposed) tasks.

Nevertheless, it is important to note that the person concerned will not overestimate himself and his abilities and will “crash” in a figurative sense. This also applies if in the dream anxiety or discomfort is felt, or the aircraft gets into turbulence.

In the dream to see several, possibly circulating airplanes, symbolizes in real life uncertainty or confusion. The dreaming can hardly estimate a certain situation and loses the overview. Instead, he steps on the spot, can not develop further.

To see an airplane on the runway: Freedom, but also escape from a certain situation

lead an airplane: announcement of creative ideas; Independence and urge for freedom

to see the landing of an airplane: to have finished a task; Success through a “landing”.

For the psychological interpretation of the dream symbol above all the feeling felt during a flight plays a role: is the dreaming in the airplane afraid? In this case, the aircraft is a part of the life of the person who is burdening him. This may, for example, relate to the partnership or the profession. The dreaming feels restricted and restricted and would like to escape. He longs for more freedom, possibly also in sexual terms.

Moreover, the psychological interpretation of the airplane could also be an indication that the dreaming feels under pressure or is going a bit too fast.

Anyone who perceives positively the feeling of flying in a plane has, on the other hand, succeeded in escaping (social) control in real life and regaining his personal freedom.

Spiritually, the plane symbolizes a journey in a dream. The dreaming departs from everyday life and is on a spiritual quest or journey to a hitherto unknown destination.

Fortunately, aircraft accidents rarely happen in reality, but are among the worst happenings imaginable. The images that we see in the news when a plane crashed or burned out often make us guess just how dreadful the passengers must have been, what fear and panic they felt.

Especially after such a misfortune, the images are often processed in the form of nightmares of our subconscious. In the dream, we then see a burning or crashing airplane, we live through fear, have the feeling of powerlessness.

Only the awakening frees us from the horror seen in the dream. The dream image also often appears in people who are suffering from severe fear of flying. But what can the symbol “crash or burn a plane” say exactly? If possible, pay close attention to everything you saw while sleeping in connection with the plane crash: Did a stewardess panic over the aircraft, did the pilot make a final announcement?

In addition to the aspect that a plane crash is seen in the dream, because such has previously happened in reality, the person concerned processes the images, the dream image can actually be an expression of fear of flying. The affected person, if he, but also a relative or friend, will travel by plane in the near future, paints the worst things.

Attention: Almost never is the dream of a falling or burning plane or jet fighter a providence, but only the reaction of the subconscious mind to the perceived panic.

However, if the dream image of the crash appears to be without any direct connection with real life, the view of a plane crash is generally believed to point to plans that will not succeed. The dreaming puts a lot of effort in the awake life in certain projects, but ultimately will fail and will not be rewarded for his efforts. It may therefore be appropriate to look for alternative approaches in advance.

If an airplane with a fire is seen in the dream, one should first consider whether light or dark smoke rises. Flames that smoke dark or black are generally considered harmful. Bright smoke, on the other hand, promises happiness and knowledge. The dreaming will be able to finish a thing in real life and look into a positive future.

If you see the wreckage of the crashed plane at the end of your dream, you will be confronted with your own failure. Usually, such dream images go hand in hand with a financial failure: It would therefore be wise to read the fine print in contracts in the near future or to pay more attention to spending in the case of purchases.

The vision of a falling or burning aircraft symbolizes a psychological warning of the subconscious: The dreamer threatens to lose control of a certain development in the awake life and ultimately fail. A deep fall in the dream can amplify this feeling of powerlessness.

In the crash some psychoanalysts recognize existing fear of loss. The loss of control goes hand in hand with the fear of having to knit a life to the wishes of another person and to have to comply with new unpopular requirements. Who can save himself in a dream with a parachute in the plane crash, which regains the feeling of control in life back again.

According to the psychological interpretation approach, obstacles in the life of the dreaming indicate when the one in the dream sees a plane crash.

Surprisingly, if the airplane is in flames, this dream image is often to be interpreted positively: A new phase of life could be imminent after overcoming the obstacle.

According to spiritual conception, a plane burning or falling in a dream is understood as a symbol of its own overestimation. The person concerned tends to want to take great steps in his spiritual development and on his journey; he does not let himself the time he actually needs.