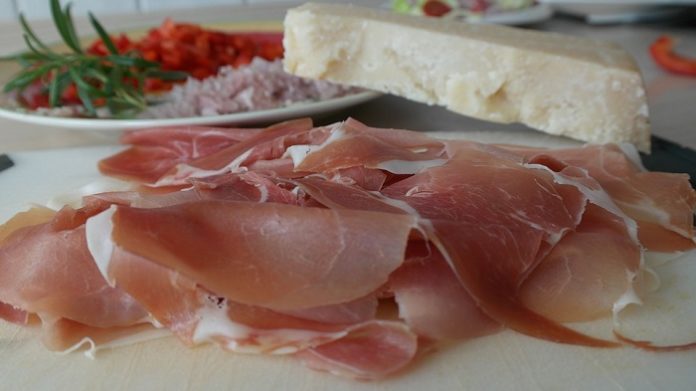 Healthy diet is very important during pregnancy, so you should be well informed about foods you can eat and foods that are not good for you and your baby. There are some foods that can be harmful to your baby and make you ill.

In this article we will talk about ham and its impact on your health during pregnancy. Is ham safe for expectant moms and their babies or it can be harmful? In this article you will get the answer to this question, but first we will tell you something more about ham.

Ham is meat from the upper part of a pig’s leg and it is usually salted, dried or smoked. It is produced by flavoring raw pork by smoking, salting or wet curing.

Ham is made all over the world and it is usually used in sliced form. It is used as a filling for sandwiches or other similar foods. Ham is a processed meat, so there are certain health risks that ham consumption may cause. Below you will see the ham impact on pregnant women.

Is Ham Safe During Pregnancy?

Deli meats are certainly one of the most popular food items all around the world. These meats are actually cooked meats that are usually sliced and used for preparing sandwiches. Although deli meats are very popular, they should not be eaten during pregnancy. There is a risk that deli meats contain listeria, which can cause food poisoning called listeriosis that can be very dangerous for expectant moms and their babies.

Fortunately, studies have shown that only a small number of individuals annually is affected with listeria, but if your developing baby is exposed to this bacteria it can be devastating. The most common symptoms of listeriosis are headaches, fever, nausea, vomiting, but also disorientation and convulsions. Pregnant women are at an increased risk of listeria during the third trimester when their immune system is suppressed.

If you are pregnant and if you notice any of these symptoms it is important to consult your doctor as soon as possible. If you are infected, you will probably get some antibiotics that will reduce the risk of infection to your developing baby. If not treated properly, listeria can cause miscarriage, premature birth, stillbirth or some life-threatening infections.

There are experts who recommend eating packet ham because it is much safer than fresh ham sliced form deli. Also, there is opinion that heated ham in toasted sandwiches is always better than cold ham that may contain listeria. As long as ham is heated, it is considered safe, so you can consume it while pregnant. But, try to make it only an additional part of your diet, because eating ham once or twice a week is more than enough.

As you should know by now, there are some foods that you should not eat during pregnancy because they can harm your baby. There are different opinions when it comes to the ham impact on pregnant women. It is important to know that pregnant women are at an increased risk of listeria, so it is best to avoid consuming ham. If they eat ham occasionally, probably nothing bad will happen, but if ham is a regular part of their diet during pregnancy it could be harmful to them and their babies. It means that if you can’t stop eating ham, try to reduce the amount you eat and try to eat it only occasionally.

Have in mind that the health of your baby is the most important, so don’t consume foods that could be harmful.